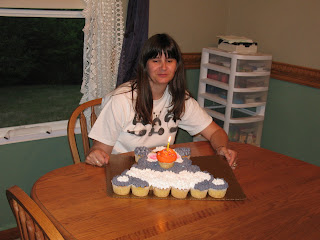 Here I am a few years back on my birthday, notice my shirt? 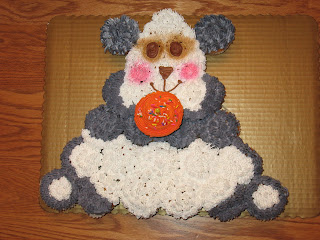 Isn't that pretty clever, a cupcake cake...I love it! 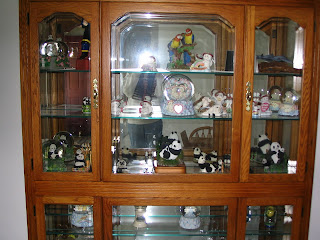 OK, so I collect dreamsicles too, just not as crazy about them anymore, I still like them tho:-) 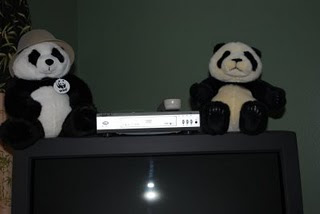 A better picture of my special message build a bear from my dear husband. 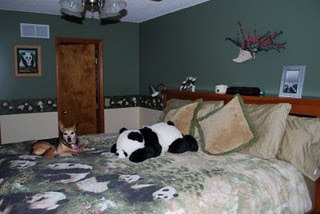 My dear, dear friend drew and painted me that panda picture. I've got the border and comforter too. 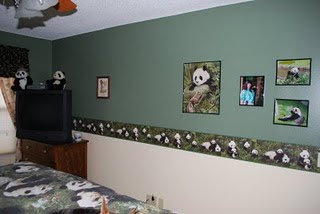 This is my profile picture, I'm not REALLY touching the mural with my lips, don't worry. This was taken at the San Diego, CA zoo last year. We even bought matching shirts. We have 2 more zoo's to tour...Washington, D.C. and Atlanta, GA.

Over at http://www.kellyskornerblog.com/ everyone is linking up with their collections today. These are what I collect and make me smile when I see them. 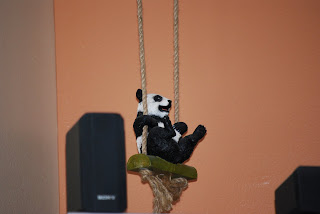 This one I got in Florida on vacation many years ago. He swings above the t.v. in the living room, so I see him everyday:-) 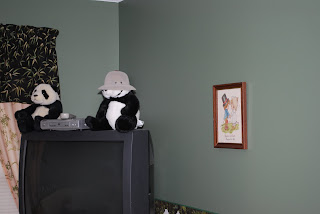 Our bedroom, they guy with the safari hat has a special message my husband recorded at the Build a Bear store. You can't see it very well but the curtains have pandas too, and the valance has bamboo. 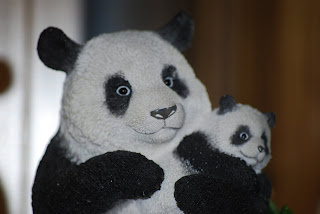 from one of my Sanfran music statues 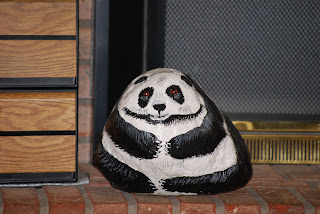 This rock weighs 35 pounds and came from my parents, they brought it all the way to Ohio from PA. My sister has an armadillo (she collects them) and my brother has a groundhog (he was born on groundhog day) I've had it for about 15 years, it's been thru 5 moves! Talk about a back breaker.
Posted by Lori at 2/26/2010 08:41:00 AM 6 comments:

Sam had been eyeing this car for a few weeks and he knows I have to be able to drive it too. The weather was not co-operating with his plan so we didn't go the first weekend because of the snow...The next weekend we were able to make a deal and put him in this bright shinny FORD TARUS SHO. Then the weather turned bad again and he hasn't drove it for an entire week it just sat in the garage waiting and waiting for a snow free trip to the local shopping center and out to dinner. Now it sits back in the garage. We need to get it sealed before we really start driving it around. He doesn't want the dealership to drive it to the sealer place because really now; don't you just love to jump on the gas and see what a new car can do???!!!! So why would they be any different? They offered to give us a loaner while it's being taken care of but we declined.
Posted by Lori at 2/21/2010 08:44:00 PM No comments: 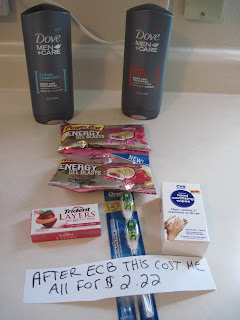 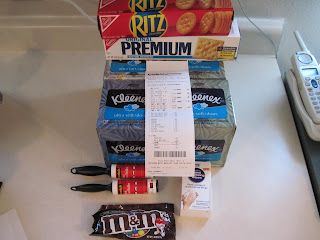 Can you read that receipt? OK, I made a close up bellow. 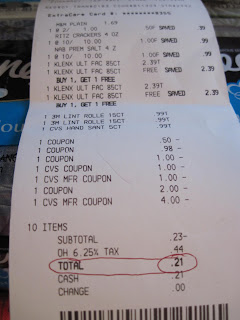 These are SOME of my purchases from Walgreens this past week 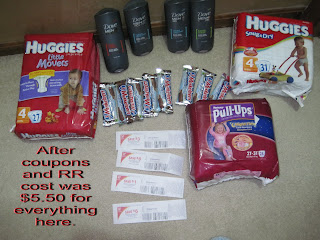 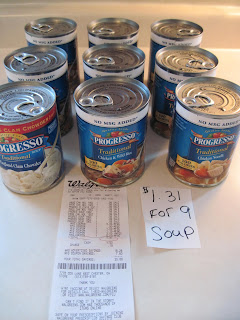 I used several coupons and brought this soup way down to LESS than 15¢ a can!!!! 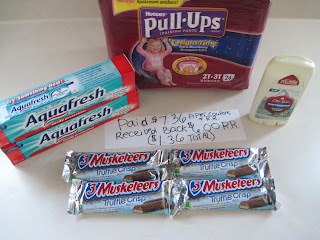 after coupons and RR this ended up costing me just $1.36. 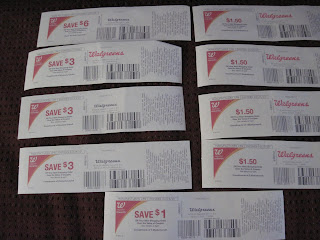 Last Saturday we had our Prayer Partner reveal at church, it was such a joy to let our "anonymous self be revealed" to the person we've been covering with prayer for the last year. 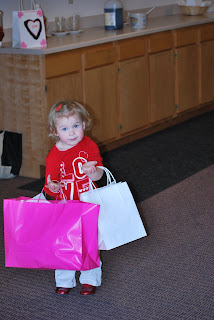 Jennifer was getting ready to leave and Jayde took it upon herself to grab all their bags. 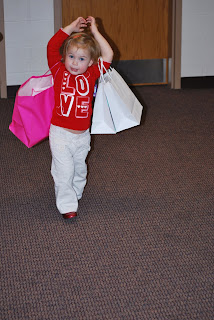 and now she looks like she's been shopping for the day with 3 bags hanging off both arms.

We All Scream For ICECREAM!!

Superbowl Sunday we were at our friends house and Seth was all about making ice cream, he put ice cubes and salt in one bag and put another bag consisting of milk, vanilla and I don't know what all. We tossed it around for 3 min. and wa laaaaa, we had ice cream! I didn't think to take a picture of that.

Then I suggested he make my recipe for snow ice cream, here he is after he went outside to get some clean white snow, putting in the ingredients and mixing it up. (I just discovered snow ice cream this week and right now I can't get enough of it.) 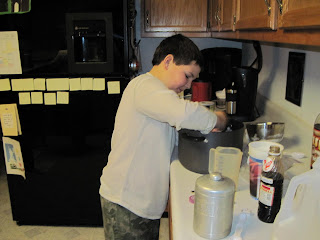 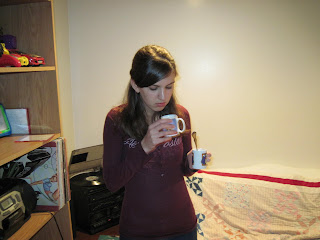 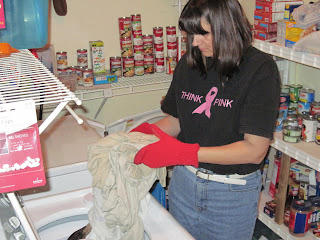